Color pencil drawing on paper by the Mexican artist Jorge de la Fuente Cessario. Part of his important exhibition at the Poliforum Siqueiros. Titled "Conjugacion" signed and dated 1988 on the bottom right corner. 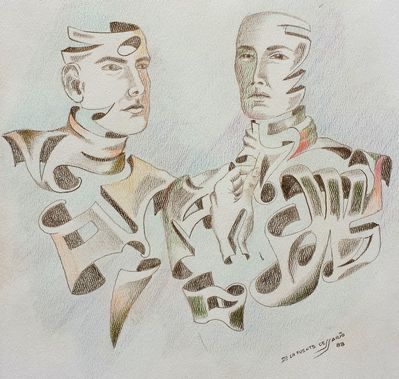 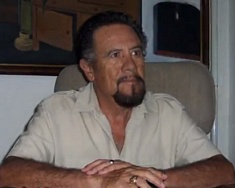 Born in Monterrey, Mexico, to a family from Spanish descent from his father's side and Italian from his mother. He enjoyed drawing from a young age and had the good fortune to study with a great master of Mexican art Efren Ordoñez. He went on to study drawing and painting at the School of Architecture of the Instituto Tecnologico y de Estudios Superiores de Monterrey under the direction of architect and archeologist Wilfrido DuSolier. During the 1980's he continued his studies in Brownsville and finally at the National Academy of Design in New York City, where he learned about mural painting. He has worked at Texas Southmost College in Brownsville, as an art instructor and giving lectures on Mexican Art, under the Elder Hostal Continuing Education Program. His most famous exhibition was in the late 80's in a show at the Polyforum Siqueiros in Mexico City which earned him many great reviews.