Acrylic on canvas by Mexican contemporary artist Carlos Rodal. This piece is signed and dated 1992. 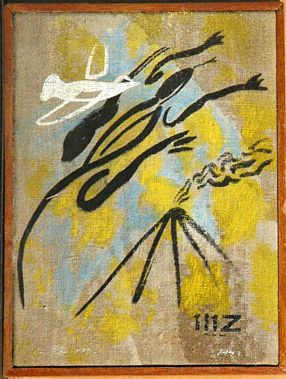 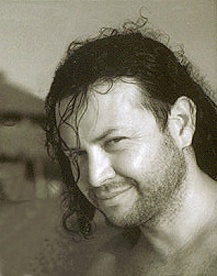 Born in Guadalajara Jalisco Mexico. Studied at the Instituto Tecnologico de Estudios Superiores de Occidente in Guadalajara. His first exhibition was in 1986 and his work has inspired new talents such as Lorena Camarena. Some of his past exhibitions have been Hibridaciones, at the Ex-convento del Carmen Guadalajara, Nex Apparitions at the Instituto Cultural de Mexico and Ramis Barquet Gallery in NYC, XVI Bienal de Escultura organized by the Museo Ateniense Contemporáneo de Yucatán, The Whisper of Fog at NY Studio Gallery in NYC (March 2008) as well as others in Bosnia, Finland, France and Germany, and Asia.