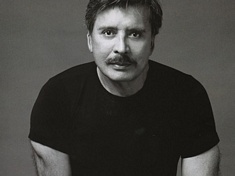 Born in Culiacan, Sinaloa, Mexico in 1942 to a Chinese/Indigenous family. Bustamante has become one of the most sought after folk artists of this generation, combining fantasy with popular Mexican folklore in a wonderful creative style.


He is a master of several techniques ranging from bronze, ceramics, silver, wood, oil and paper mache. His first exhibition was held in 1966 at the Galeria Misrachi in Mexico City. In 1972, he traveled to Amsterdam and managed to establish himself as a recognized painter and sculptor. Upon his return to Mexico in 1975 he founded the workshop "Estudios Taller Familia" in Tlaquepaque. His work continued to be exhibited with great success in Mexico as well as internationally in cities like Houston, Seattle, Chicago, Montreal and New York, In 1980, Sergio Bustamante opened his first Galeria Sergio Bustamante, a firm that today has boutiques in Russia, India, Japan, Wisconsin, Santa Fe, San Antonio and several others throughout Mexico.

Do you have a work by Sergio Bustamante that you wish to sell. Please fill out the form here