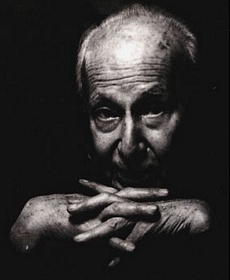 Santos Balmori Picazo was born in Mexico City in 1899 to Ramon Balmori Galguerra from Asturias, Spain and Mexican mother by the name of Everanda Picazo de Cuevas. He lived a turbulent life since very young as he lost his mother when he was a child and his father committed suicide during his teenage years. He grew up in Chile where he studied at the Escuela de Bellas Artes de Santiago. Then he decided to go to Spain where in 1919 he started studying at the Academia de San Fernando de Madrid. He rejected an offer for a scholarship by the Spanish government but nevertheless travelled to Paris to study unofficially at the Grande Chaumiere Academy. It was during this period when he befriended Foujita, Maillol, Giacometti, Juan Gris and Vlaminck. The spectacular works of Picasso, Matisse, Modigliani and the Bauhaus became a great influence for him also. Always the adventurer, Balmori immersed himself in Hinduism and moved to Oran in northern Africa in part, also because of health issues. After some brief trips to Paris and Madrid, he moved back to Mexico City during the Cardenas administration. During the 1950's he actively joined the new dance movement in Mexico as director of the Dance Academy where he developed backgrounds, costumes and even plays. Later he became a teacher to many of the most important Mexican artists of this century when he started a professorship at La Esmeralda and the Escuela Nacional de Artes Plasticas of the UNAM. Santos Balmori died in Mexico City in 1992.

Do you have a work by Santos Balmori that you wish to sell. Please fill out the form here