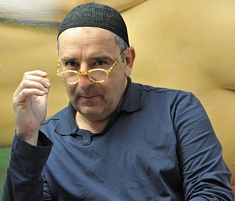 Born in Quito, Ecuador. Santiago Carbonell started painting at the age of 6. During his youth he lived in Ecuador, Spain, the US and in 1986 he established residency in Mexico where he works and lives to this day. He cites his major influence as Antoni Tapies whose work he became exposed to during his studies in Barcelona.

His work has been widely exhibited in museums and important institutions around the world since 1981. He is considered the precursor of photorealism and perhaps the most representative of this genre in all Latin America.

Do you have a work by Santiago Carbonell that you wish to sell. Please fill out the form here