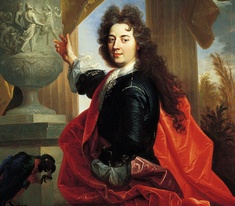 Pierre Lepautre was a French sculptor born on March 4, 1659 in Paris. With the help of the Prix de Rome, he was awarded a scholarship to study at the French Academy in Rome in 1683. He returned to France in 1701 already well established in the art world and began to work with Jules Hardouin-Mansart on commissions from Versailles and other well known palaces and churches. One of his most well known works is Aeneas, that was produced in Rome and which was cast in bronze several times for his collectors. He was dean of the Académie de Saint-Luc until the day of his death in January 22, 1744.

Do you have a work by Pierre Lepautre that you wish to sell. Please fill out the form here