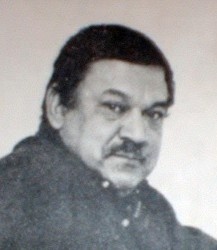 Born in Zacatecas, older brother to Rafael Coronel. He studied painting and sculpture at La Esmeralda from 1940 and through 1945. He lived in Paris in 1946 where he frequented the painter Victor Brauner and sculptor Constantin Brancusi. These two artists would become a great influence to his work. He had his first solo-show in Mexico City at the Galeria Proteo in 1954, earning praise from Nobel Prize recipient Octavio Paz. Later his work would circle the globe with exhibitions in France, Italy, Japan, Brazil and the United States. He lived in Paris again during his last years and his work during this period becam more centered towards the eroticism of natural form.

In 1984 he was awarded the Premio Nacional de Artes. This celebrated Latin American master died on May 23, 1985 from a stroke at the age of 62. The main hall of the Palacio de Bellas Artes was the site of his funeral and then President of Mexico Miguel de la Madrid as well as the secretary of education, Miguel Gonzalez and the director of Bellas Artes Javier Barros presided the wake. His body was buried at the Panteon Frances de San Joaquin and a year later his remains were moved to his hometown to rest at the site of the Pedro Coronel Museum.

Do you have a work by Pedro Coronel that you wish to sell. Please fill out the form here