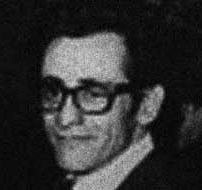 Born on January 19, 1930 in Mexico City. He studied at the Escuela de Pintura y Escultura "La Esmeralda" and was awarded a distinction from this important institution in 1954 for his great achievement as a bright student. Two years later he was given tenure as a professor at the Universidad Nacional Autonoma de Mexico and on that same year his name was inducted to the Salon de la Plastica Mexicana.
In 1963 he co-founded the Grahic Arts Workshop at the Universidad Veracruzana. Mario was also the chief at David Alfaro Siqueiros atelier where he colaborated with this great muralist during the creation of "March of Humanity" at the Museo Nacional de Historia.
Mario Orozco Rivera, acclaimed painter, poet and writer, died in 1998.

Do you have a work by Mario Orozco Rivera that you wish to sell. Please fill out the form here