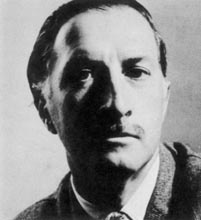 Born in Madrid on September 26, 1922 to a Spanish father and Mexican mother. He lived in Spain and Mexico during his childhood until 1938, when he fled from the war in Europe to become a refugee in Mexico. He worked as a muralist in several cities like Cd. Obregon, Sonora and Cuernavaca, Morelos. He exhibited his work in Mexico, Europe, Asia and the US.

Do you have a work by Jose Garcia Narezo that you wish to sell. Please fill out the form here