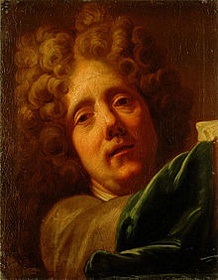 Jean Baptiste Jouvenet was born in Rouen and began his art training with his father Laurent. His extraordinary talent landed him employment in the palace at Versailles and in 1675, he became a member of the Royal Academy of France. His work, mostly religious in subject, is now mostly held in the Louvre Museum in Paris. During the last four years of his life he became paralyzed and was forced to work with his left hand before he died on April 5, 1717.

Do you have a work by Jean Jouvenet that you wish to sell. Please fill out the form here