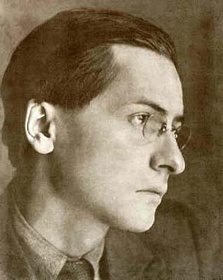 Born in Paris, France young Jean Charlot moved to Mexico in 1921. He, along with his friend Xavier Guerrero, were responsible for teaching the real fresco technique in Mexico. He painted the mural "La Masacre en el Templo Mayor" at the Colegio de San Ildefonso. He was also a great lithographer and engraver. As a writer he worked for Mexican Folkways magazine and published essays on Mexican culture. He became so enamored with the people and customs that he even learned Nahuatl, the native tongue of the indians from the region. He was the illustrator of the Archeological expedition to Chichen Itza organized by the Carnegie Institute of Washington. During this time, Charlot studied the Mayan culture and produced many paintings, drawings and prints. In 1930 he set off to New York City to present his largest solo show at the Art Students League "Una Exposicion de Pinturas Mexicanas". During this decade he also painted murals in Iowa, New Jersey, Georgia, Michigan and Hawaii. In 1945 he was awarded a scholarship by the Guggenheim to publish "The Mexican Mural Renaissance". In 1957 he retired from teaching and moved to Hawaii where he lived until his death in 1979.

Do you have a work by Jean Charlot that you wish to sell. Please fill out the form here