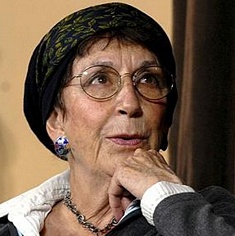 Born Elena Escobedo on July 28, 1934 in Mexico City to an English mother and a Mexican father. She majored in humanities at the Motolinia University while studying sculpture with German Cueto and later received a masters degree in sculpture at the Royal College of Art in London.


Aside from sculpture, Escobedo is a talented painter, printmaker, installation artist, writer, performance artist, lecturer and has been director of the Museo de Arte Moderno and the Department of Museums and Galleries at the Universidad Nacional Autonoma de Mexico.


Her first solo exhibition was held in 1956 at Galeria de Arte Mexicano in Mexico City. In 1968, Mathias Goeritz invited her to participate in the "Ruta de la Amistad" for the XIX Olympic Games with a 56 foot (17mt) sculpture called "Puertas al Viento".


Her art has spanned the globe from New Zealand to Germany, Israel, England, Canada, the United States and Latin America. She was a member of The Royal Academies for Science and the Arts of Belgium and received a Guggenheim fellowship in 1991. Helen Escobedo died on September 16, 2010 in Mexico City.

Do you have a work by Helen Escobedo that you wish to sell. Please fill out the form here