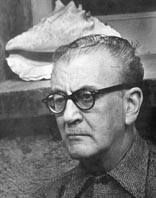 Born in Aguascalientes, by age 15 he founded a group of independent artists in his hometown and two years later while in the company of a friend and fellow artist, Francisco Diaz de Leon, he started working at the locomotor's workshops in the same city with the idea to meet workers and this way capture their essence on canvas. The same workers were the ones who would at first give notice of the young man's talents and without notice, in a short while they had enough works to put together an exhibition for themselves. Gabriel and Francisco left for Mexico City and started to study at the School of Fine Arts where Gabriel was expelled. Because of his youth, interesting conversation and humility he quickly made friends among the artists of the time. One of those friends, Roberto Montenegro, invited him in 1920 to work in the decoration of the San Pedro y San Pablo Exconvent. Two years later he also worked on the decoration of the Mexican Pavilion in Brazil. In 1923, Jose Vasconcelos, then minister of education and the influential politician who would become so important to the muralist movement in Mexico, confirmed that Fernandez Ledesma was to be the Artistic Director of the ceramic pavilion of the Chemistry School of the University. Two years after that he was professor of the drawing division at the National University where he created, edited and directed in 1928 FORMA, the plastic arts magazine that circulated in Mexico and abroad. This periodical discussed the works of Orozco, Siqueiros, Tamayo and other great artists. Gabriel was also founding member of the 30-30 group that fought against the academist movement in art. In 1931 he co-founded and directed with Roberto Montenegro and Francisco Diaz de Leon the Sala de Arte of the Education Ministry. He was also Department Sub director at Bellas Artes.

In 1934 he co founded the LEAR and in 1935 he was chief of the Edtorial Office of the Education Department. He went to Europe from 1938-1939 where he exhibited his work in Paris in a show called "The Art of Life and Mexican Politics" with documents and photographs from LEAR. He was awarded the Guggenheim Scholarship in 1944, and in 1957 he was honored with the medal that bears the name of another great artist from Aguascalientes Jose Guadalupe Posada.

Do you have a work by Gabriel Fernandez Ledesma that you wish to sell. Please fill out the form here