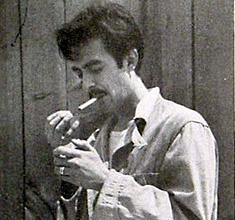 Born on May 7, 1922 in Uruapan Michoacan to a father who was a professional musician and a mother who did weave work. In 1933 he studied at the Technical School of Industry of Morelia but found his passion after he enrolled in the School of Arts "La Huerta" in 1936. He joined the Taller de Grafica Popular in 1941 and studied at La Esmeralda School of Arts in Mexico City from 1942 to 1944. Francisco Mora became famous for his paintings and prints that dealt with social themes.

Do you have a work by Francisco Mora that you wish to sell. Please fill out the form here