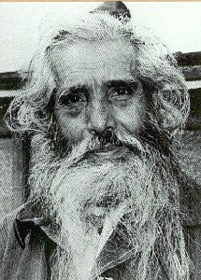 Born on October 4, 1882 in Fresnillo, Zacatecas. He studied with German Gedovius, Jose Maria Velasco, Saturnino Herran and Julio Ruelas at the Academia de San Carlos since 1898 in Mexico City. He moved to Barcelona six years later where he lived for four years. In Spain, his mentor became Francisco Gali and it was here where he had his first successful exhibition at the Salon Pares. After receiving a grant from the minister of Italy he went to Rome where he became interested in classical architecture. While in Rome he held various exhibitions and was awarded a medal for his work. He ultimately lost his grant with the fall of Porfirio Diaz during the Mexican Revolution and was forced to return to Mexico. Back in his native soil, he joined forces with Pancho Villa and set out to paint scenes from the revolution. After the conflict settled he went back to Mexico City where he found a professorship at his alma matter, the Academia de San Carlos. He became very reclusive during his last days and died on March 26, 1960 in a hut near Xochimilco due to respiratory problems. There is a movie by Diego Lopez titled "Goitia, un dios para sí mismo" made in 1988 that relates the story of a tormented soul, the veracity of which is still debated by scholars and biographers alike.

Do you have a work by Francisco Goitia that you wish to sell. Please fill out the form here