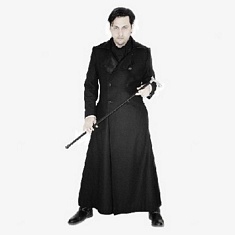 Born in Monterrey, Mexico on March 7th 1973. A musician, conceptual and multimedia artist. He studied at the Universidad Autonoma de Nuevo Leon and the Universidad de Montemorelos. His first exhibition was in 1993 and he has been exhibiting continuously ever since in fine art institutions such as the Museo de Arte Carrillo Gil, MARCO, Museo de Aguascalientes, Museo Ex Convento del Carmen and Museo de Santo Domingo. His work has been awarded several important recognitions in shows like the Siqueiros-Pollock (2001), Segunda Bienal Regional de Arte Joven (1996) and Reseña Plastica de Nuevo Leon. For his work he has received grants from FONECA, FONCA and CONACULTA and he has worked in special designs for Lucky Strike, Hugo Boss, Absolut, and Nike among other major brands. His work has spanned Mexico, Brazil, Spain, Italy, Puerto Rico, Argentina, Norway, France, Belgium, the Netherlands, Great Britain, and the US. He currently spends his time working in his studios in Monterrey and Brussels.

Do you have a work by Fernando Villalvazo that you wish to sell. Please fill out the form here