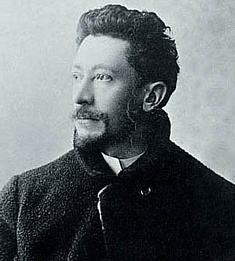 French artist who worked in glass, and is considered to be one of the major forces in the French Art Nouveau movement. His studies in botanical sciences influenced his work, giving it a heavy organic style. He lived in Nancy in 1874, where he ran a workshop that grew to employ more than 300 people. His designs became known worldwide after they were exhibited at the Paris Exposition of 1889. Emile Galle was a founder of the Ecole de Nancy in 1901 along with Victor Prouvé and Louis Majorelle.

Do you have a work by Emile Galle that you wish to sell. Please fill out the form here