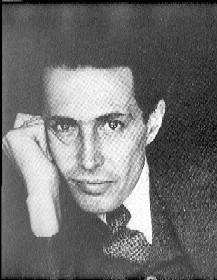 Born in Guatemala, this highly recognized artist left most of his artistic legacy to Mexico. Before his 20th birthday, Merida went to Paris and studied art in the time of the fauvists. When he returned to Guatemala he started his work in American painting with folk themes. His goal was to achieve a national art style by expressing the customs and life he knew as a child. When Carlos Merida moved to Mexico in 1919, he found a sea of potential but very little unity. He participated intensely during a process of cultural redefinition, in a process of experimentation with alternatives to visualize what was "Mexican" and what was "American" in a language that accentuates Latin-America's own social and cultural particular conditions. As with many other so called "Mexican Renaissance" artists, Merida became a real renaissance man by immersing himself in the cultural scene of the day. Driven by his artistic, creative and economic needs he wrote as an art critic, directed the National School of Dance, collaborated as an illustrator and author for various periodical publications and ultimately achieved his long term goal of promoting national folklore and post-revolutionary cultural movements internationally.

Do you have a work by Carlos Merida that you wish to sell. Please fill out the form here