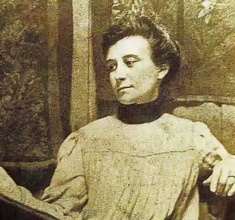 Born February 25, 1865 in Troyes, France. By age 20, young Blanche had decided to become a painter, although the schools of fine arts were closed to women at the time. In 1890 she started studying with Madeleine Lemaire in Paris. In the early 1900's she had set up a studio, exhibiting numerous times at the Petit Gallerie in Paris. Her watercolors of plush bouquets became highly sought after by collectors. She died in Bagneres-de-Bigorre on August 3, 1957.

Do you have a work by Blanche Odin that you wish to sell. Please fill out the form here