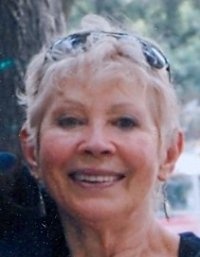 Born in Bialowieza, Poland in 1933. Her father was a ground keeper at the Bialowieza Forest and his job was taking care of the last bisons that remained in Europe. From this experience, Basia took on a love of nature since childhood. Her grandmother took her on a tour of great museums around Europe where she was amazed with the work of Albrecht Durer. During the Second World War, she was deported to Russia where she lost her father and grandmother and went on to Persia and India with her mother. In 1943 they moved to Mexico as many of her contemporaries did, searching for a place where her artistic expression could flourish. She used art as a means to keep busy and let go of the hatred she would otherwise feel after the war. She married Gabriel Zaid, and then started a Bachelor's Degree in Philosophy and Literature from the Instituto Tecnologico y de Estudios Superiores de Monterrey. Her artistic influences were great masters like Durer, Monet, Rembrandt, Turner and Giotto, while at the time she studied drawing, painting and print making with her friends Esther Gonzalez and Vlady. She has had countless exhibitions throughout Mexico and currently lives and works in Mexico City.

Do you have a work by Basia Batorska that you wish to sell. Please fill out the form here