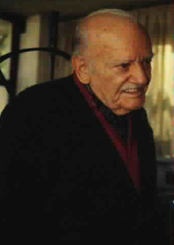 Born on January 12, 1908 in Patzcuaro, Michoacan. From 1924-29 he studied at San Carlos Academy then in 1931 he studied at the Escuela de Talla Directa and learned lithography with Carlos Mérida. After having founded the Escuela de Pintura y Escultura in Taxco in 1930, he was a member of the LEAR (1933-37) and a co-founder, with Mendez, O'Higgins and Arenal of the famous TGP. During his ten years there (1937-47) he produced many prints addressing social, political and economic issues. In 1945 he published eight lithographs for "Estampas de Yucatan." He also created forty color prints to illustrate El Sombreron by Bernardo Ortiz de Montellano and Kinchil by Martin Luis Guzman in 1946. In 1964, he created twenty prints illustrating "The Raise and Fall of Tula" published by the Mexican Fine Arts Center Museum in 1995. Zalce painted the first colored cement mural in Mexico in 1932 and later did several fresco murals in Mexico City and Michoacan. His works have been included in important shows like "Twenty Centuries of Mexican Art", 1940 (MoMA, New York); "Contemporary Mexican Art" in 1958 (Lilly, Lyon & Toulouse, France); "Images of Mexico", 1987 (Dallas Museum of Art); and "50 Años del Taller de Gráfica Popular" also in 1987 (Palace of Fine Arts). In 1932 he had his first solo exhibition. Subsequent relevant solo shows include retrospectives at the Palacio de Bellas Artes in 1948, 1962 and 1995. Retrospective shows in 1981 at the Museum of Modern Art, Mexico City; 1987 at the Mexican Fine Arts Center Museum, Chicago and 1995 Bellas Artes in Mexico City. Most of these institutions published well illustrated exhibition catalogues. In addition, there are two other excellent references: "Alfredo Zalce," 1982 and "Alfredo Zalce: Artista Michoacano," 1997, both published by the Michoacan State Government. After declining the National Art Award twice, he decided to accept it on February 25 of 2002 and was awarded it personally from President Vicente Fox. This master muralist, painter, draughtsman, engraver, jewelry designer, sculptor, ceramist, tapestry designer and batik painter died on January 19, 2003.